The process by which tumor cells from my primary site invade other parts of the body is called metastasis. Metastasis is the fundamental difference between a benign or malignant growth and represents the major clinical problem of cancer. A primary tumor can be surgically removed relatively easily. Unfortunately, many solid tumors have initiated metastasis at the time of diagnosis, and not all can be removed at the time of surgery.

How does the tumor spread?

From next-generation molecular genetic sequencing, we have learned that metastasis from a primary tumor is not clonal. Many clones differ by mutations obtained through an ongoing evolutionary process. We now know that metastasis can be seeded not only from cells of the primary tumor but also from other areas of metastasis. 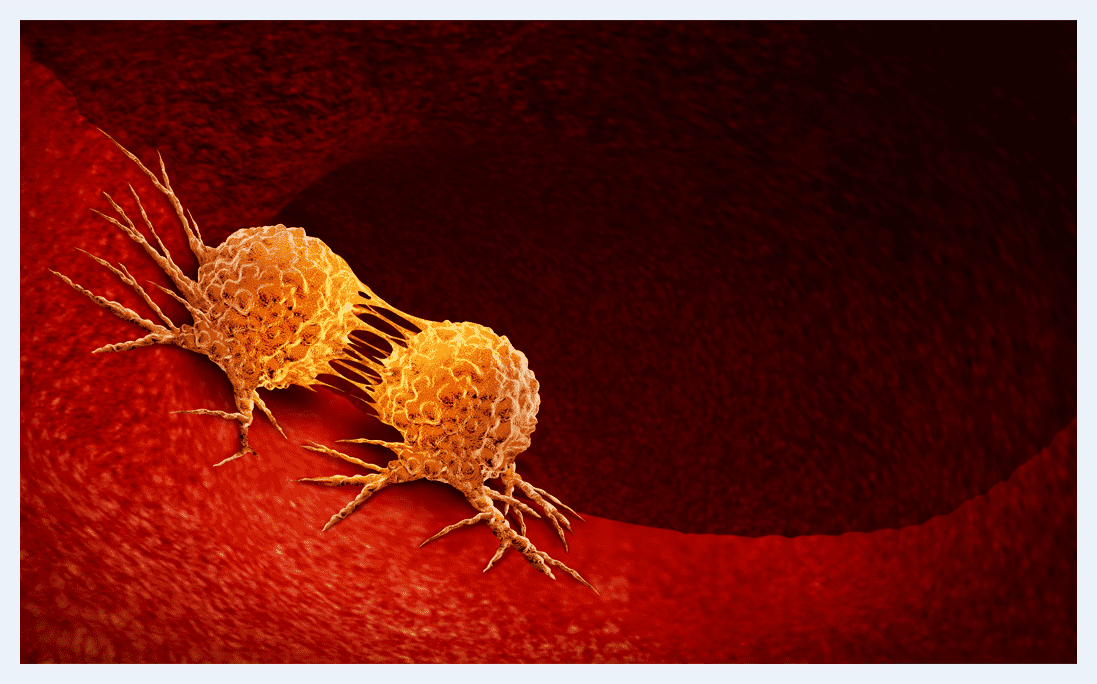 Tumor cells undergo several steps during metastasis. These include invasion, transport, and metastatic colonization. The individual tumor cells in the tumor microenvironment play a role in the process of metastasis. We now know that loss of suppressor genes such as P 53, which suppresses metastasis, occurs in most cancers. At present, approximately 23 metastasis suppressor genes have been identified. We now know that through the process of angiogenesis which is new blood vessel growth facilitates tumor growth and aggressiveness. These include factors such as vascular endothelial growth factor is occurring (VEGF). When it is turned on and upregulated, it means new blood vessel growth around the cancer is occurring. This pathway can then be turned off and down regulated. Of great importance is the mesenchymal epithelioid transition factor, also known as MET. There is now evidence that inhibiting this pathway can induce suppression.

Curcumin has been found to be preventative and therapeutic in a multitude of cancers. It has a diverse range of molecular targets and affects multiple signaling pathways in the cancer cycle. It has recently been found to inhibit the mTOR gene that is upregulated in most cancers. Another product named indole three carbinol (I3C) can modulate and lower the expression of insulin growth factor and estrogen receptor alpha. These are obtained from cruciferous vegetables that contain sulforaphane. Resveratrol is found in grapes that can also suppress many of the cancer signaling pathways. Drinking green tea suppresses androgen receptor expression as well as many growth factors. We also now know that tumors induce angiogenesis and the production of new blood vessels as they grow. Many natural substances inhibit these factors. These include quercetin as well as Artemisia and soy.

Through new testing, we can now test to see which natural substances are effective in your cancer.

Testing for gene mutation and cancer to inhibit metastasis

A thorough evaluation of your genes is necessary to block and control metastasis. These metabolic driver mutations can effectively block the use of natural and or prescription medications.

These driver mutations include growth factors facilitating tumor growth and angiogenesis factors which cause new blood vessel growth around the tumor.

Oncogenes and tumor suppressor genes are also measured. There are several cancer cell pathways that are also evaluated.

Good news is that many of these pathways can be blocked to inhibit your cancer growth. Measuring them is a necessity.

If you have cancer metastasis and you would like to find out more information call 480-361-7020.